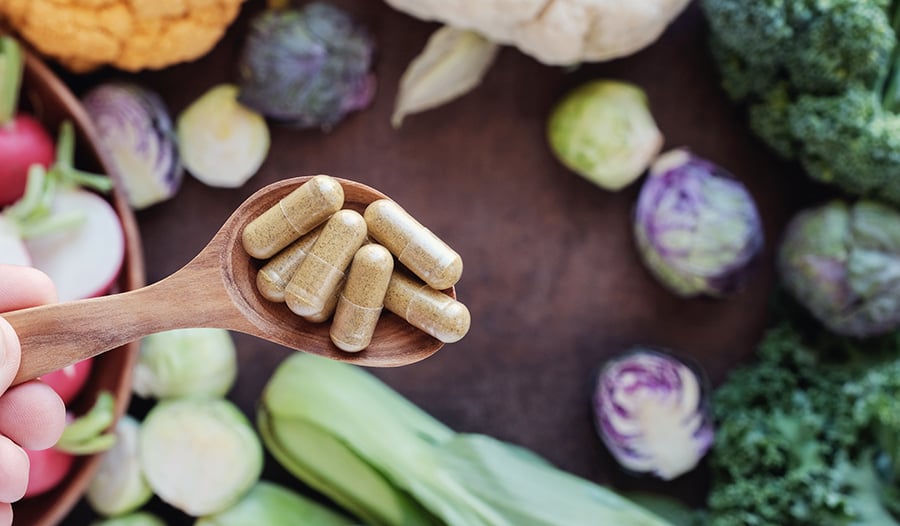 What Is NAD (Nicotinamide Adenine Dinucleotide)?

NAD (Nicotinamide Adenine Dinucleotide) is a co-enzyme found in all living cells that provides numerous health advantages on a cellular and holistic level.

NAD supplements boost the concentration of NAD+ in the blood, where it is absorbed by the cells. This co-enzyme mediates several physiological functions, including metabolism, energy creation, and energy use.

The Difference Between NAD+ and NADH

There are two forms of NAD in the body: NAD+ and NADH. NAD+ is the oxidized form, and NADH is the reduced form, meaning it has a hydrogen molecule attached.

NAD+ can receive an electron, whereas NADH has already regained an electron (in the form of Hydrogen).

The production of this co-enzyme gradually declines with age. Consequently, an array of signs and symptoms commonly emerge. Although this decline is natural and expected, it will undoubtedly alter many functions of your body. Therefore, trying to optimize our NAD blood levels may be beneficial for our overall health and wellness.

Without NAD, the cell's powerhouse (i.e., mitochondria) will not function properly. As a result, our cell's ability to generate ATP (energy) becomes impaired. Having healthy mitochondria that make ATP (energy) is like having a "fully charged smartphone,"; allowing one to get more work done throughout the day. However, the older the phone is, the quicker the battery wears out. Our cells are no different.

According to several studies, NAD decline might be a powerful trigger of numerous conditions, including heart disease, dementia, and metabolic issues, like obesity and diabetes.

NAD supplements can boost the levels of this co-enzyme in the blood and cells to help maintain good health as we age.

What Is NMN (Nicotinamide mononucleotide)?

Nicotinamide mononucleotide, or NMN, is part of a large family of nucleotide molecules in our food. It is a precursor to NAD, meaning your body will make NAD if you take NMN.

Similar to other types of nucleotides, NMN has three parts of which it is composed:

Unlike other nucleotides, however, the primary purpose of NMN is to make up nicotinamide adenine dinucleotide (NAD). For this reason, since NMN is a precursor to NAD, there is no need to take both an NMN and NAD supplement.

Remember that NAD and NMN levels decline progressively with age. As a result, supplying your body with NMN or NAD directly can boost your NAD levels.

In a study that included 10 Japanese men, researchers found that NMN supplements significantly increased the levels of NAD in the blood, supporting the benefits of supplementation.

The vast majority of NAD supplements contain one of the precursors of NAD. These precursors are converted to NAD with the help of specific enzymes.

Common precursors of NAD used in the supplements:

In the body, your cells use multiple ingredients to create NAD. These include amino acids, such as tryptophan and aspartic acid, as well as vitamins (e.g., niacin or vitamin B3). Most of these elements are in food so eating a healthy diet is crucial to one's overall wellness.

You can find the precursor of NAD – NMN – in several food sources, including

You can also find NMN in cucumbers, edamame, fish, chicken, and cow's milk.

NAD appears to slow down aging by a couple of mechanisms:

First, we know that as we age, telomeres become shorter. Telomeres are sequences of repeating DNA code at the end of chromosomes, similar to the plastic tips at the end of a shoelace. Preventing these from shortening helps slow down the aging process. Each time a cell replicates, part of the telomere is removed, leading to cellular aging and, ultimately, death. Other studies have shown that NAD can stabilize the ends of telomeres and prevent them from shortening.

Second, NAD appears to boost the activity of sirtuins. According to studies, when this occurs, the aging process is slowed. Scientists are still researching this novel topic to understand the underlying mechanism in more detail.

As we age, the brain loses the mental sharpness we once had during our youth. Memory recall and brain speed are impaired as we age. Improving this greatly benefits all, and finding ways to prevent dementia and other neurological diseases is paramount.

Numerous clinical trials have suggested that NAD may improve the learning curve and memory consolidation. NAD assists with repairing damaged DNA of the brain and other nerve cells. NAD also turns on specific proteins, which protect the brain from oxidative damage.

It is important to note that the chronic damage of DNA and nerve cells increase the risk of diseases such as dementia, Parkinson's disease, and Lewy body dementia.

Lastly, a recent study also showed evidence of improved blood flow to the brain, which is helpful when trying to optimize brain health.

Insulin resistance and prediabetes are common symptoms of aging, which is why diabetes is hugely common in older people. Diet also plays a major role. Fortunately, some research supports the effects of NAD on regulating insulin sensitivity. The sooner we pay attention to our lifestyle, the more likely we can prevent harmful diseases like diabetes from developing.

Further, a study analyzed the benefits of taking 250 mg of NAD supplements for ten days in postmenopausal women. All subjects were overweight and had prediabetes. The results showed that participants who took NAD supplements experienced notable improvement in insulin sensitivity. The effects were not observed in the control group. This is potentially important as up to 1 in 3 people worldwide are considered insulin resistant and/or prediabetic.

Most people are born with two kidneys; their job is to filter out toxins from our blood and help keep electrolytes stable. Certain medications and aging processes often impact the kidneys, leading to poor filtration as the years pass.

Fortunately, NAD seems to safeguard kidney function and prevent them from enduring oxidative damage. Researchers believe that these properties are due to the anti-aging and anti-inflammatory effects of NAD and SIRT1.

Heart disease is a leading killer of people around the world. As we age, our risk increases. Finding ways to prevent heart disease is key to longevity.

According to studies, NAD appears to be beneficial for the heart. Specifically, a 2018 study found that NAD can restore vascular elasticity and prevent endothelial (artery wall) damage – A process that triggers all blocked arteries. This same study also found that NAD promoted the creation of new blood vessels in the skeletal muscles of elderly mice. As a result, their endurance became comparable to that of young mice.

Researchers found that sirtuins may modify the metabolism of cholesterol in the body, a process that occurs by taking NAD supplements.

Multiple studies discussed the effects of NAD on Chronic Fatigue Syndrome (CFS), sometimes now referred to as Myalgic Encephalomyelitis. This condition is thought to occur because of reduced ATP (energy) production. People with this condition are chronically exhausted, no matter how much rest they get.

Here are some suggested theories that may explain this phenomenon:

Some of these women received NAD supplementation with co-enzyme Q10. Others received a placebo. Upon analyzing the results, significant improvements in physical and cognitive function were noted. On a molecular level, combining NAD with co-enzyme Q10 boosted ATP (energy) levels.

Another report found that NAD and co-enzyme Q10 reduce post-exertional fatigue. This symptom is a classic clinical presentation of chronic fatigue syndrome.

Athletes are always looking for a safe and competitive advantage. NAD may be something to consider. For example, a study focused on the effects of NAD supplements on amateur runners. Researchers gave 48 runners different dosages of NAD (300, 600, 1200 mg) or a placebo. The intake of NAD continued for six weeks. By the end of the study, the runners who received NAD had higher aerobic capacity and increased oxygen use by muscles compared to the control group. Higher doses seemed to produce better results. There were no dangerous side effects noted. More studies, however, are needed.

NAD supplements are considered safe when you take them in the recommended dosage. However, excess NAD intake may cause insomnia, anxiety, and benign tremors. It is essential to follow the directions on the label.

Unless purchasing a supplement with all three forms, I recommend taking NAD, NMN, or NR and seeing how they work for you.

If taking NAD, the suggested dose of NAD is usually between 100-300 milligrams (mg) of NAD per day.

If taking a NAD Precursor like NR or NMN, the suggested doses are as follows: Nicotinamide riboside (NR)is 300 milligrams (mg) per day.

This article was written by Eric Madrid MD, ABIHM who is Board Certified by the American Board of Family Medicine and by the American Board of Integrative Holistic Medicine. He is author of Vitamin D Prescription, the Healing Power of the Sun. Dr. Madrid graduated from The Ohio State University School of Medicine. He is a partner at Rancho Family Medical Group and practices in Menifee, California.

Does NAD+ Really Work? Why This Coenzyme Could be Key to Anti-Aging

136,717 Views
Nicotinamide adenine dinucleotide (NAD+) is the active form of vitamin B3. Supplementing with NAD+ is gaining popularity for anti-aging benefits.

The Health Benefits of Niacin (Vitamin B3)

94,131 Views
Vitamin B3 can be found in two different forms—the first is niacin (also known nicotinic acid), and the second is niacinamide (also known as nicotinamide). In either form, vitamin B3 is a precursor to nicotinamide adenine dinucleotide (NAD), which plays a vital role in helping mitochondria—the cell’s powerhouse—to create energy.

246,558 Views
5-HTP is used to boost levels of serotonin in the brain. Find out how 5-HTP supplementation can benefit sleep, reduce cravings, and improve well-being.